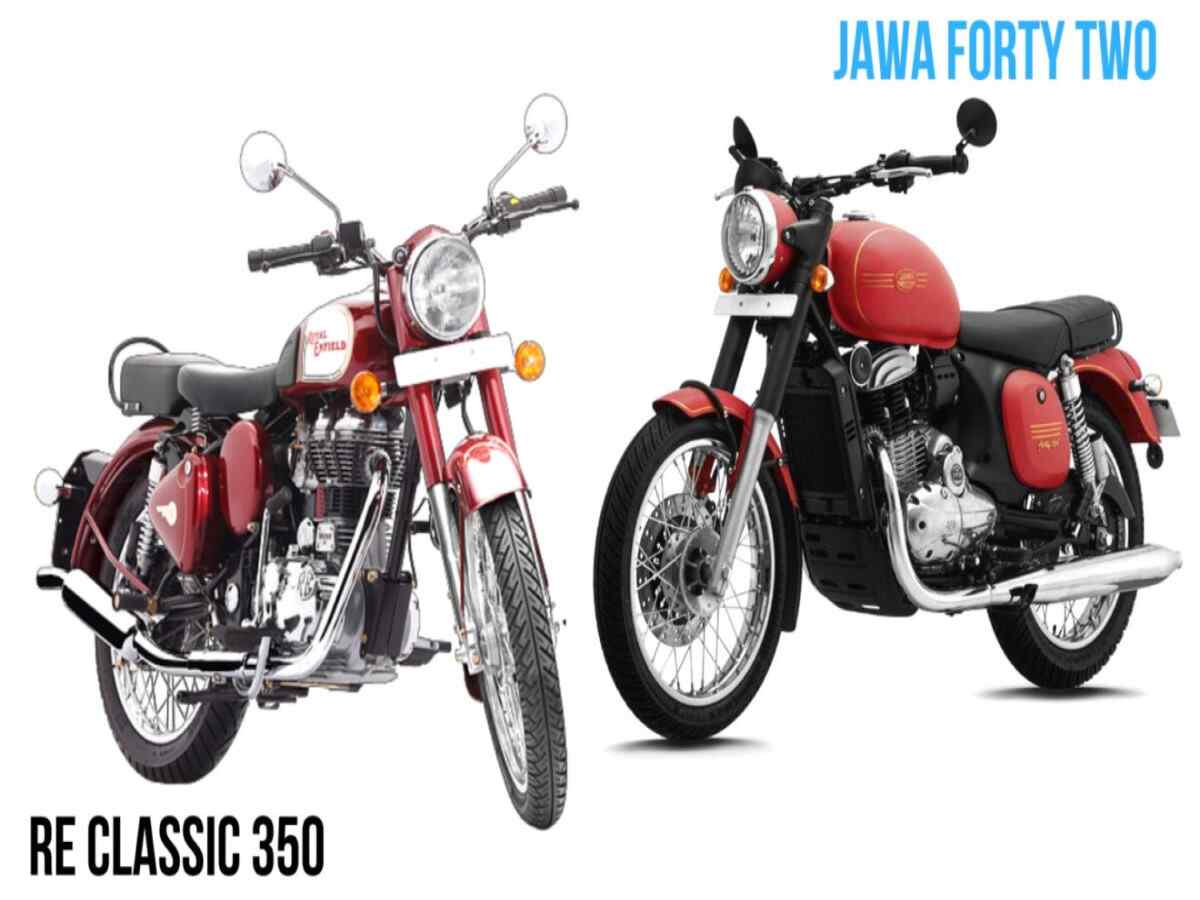 Royal Enfield 350 powers on a 346 cc single cylinder, 4 stroke, air cooled, fuel injected engine. In the other hand, Jawa 42 has a 293 cc single cylinder, 4 stroke, liquid cooled, DOHC engine. The engine from Royal Enfield produces a maximum power of 20.07 PS at 5,250 rpm and a maximum torque of 28 Nm at 4,000 rpm. In contrast, the Jawa bike produces a max power of 26.51 PS and a torque of 27.05 Nm. They have a fuel capacity of 13.5 and 14 litres which gives a mileage of 37 and 37.5 kmpl respectively. In addition, both the bike come with single channel ABS and a disc brake on the front wheel. However, Royal Enfield comes with a 5 speed manual transmission while the later has a 6 speed manual transmission.

Here is the comparison between two of the popular cruiser bikes.

Specifications of Royal Enfield 350 and Jawa 42

The tables above gives the information about all the major specifications of the both bikes. The Royal Enfield 350 is one of the most loved cruiser bikes in Nepal and is available at Nrs. 5,15,500. However, Jawa 42 is yet to be launched in Nepali market. Upon release, the cost of the bike is estimated to be around Nrs. 5,00,000. While both the are bikes are direct competitors of one another, both of them has their own pros and cons. Therefore, it comes to personal preferences while choosing on of these cruiser bikes.