Only one person can travel through a bike in Nepal. Traffic Police are in confusion state

Jun 15, 2020 motorcycle in nepal, transportation in lockdown in nepal 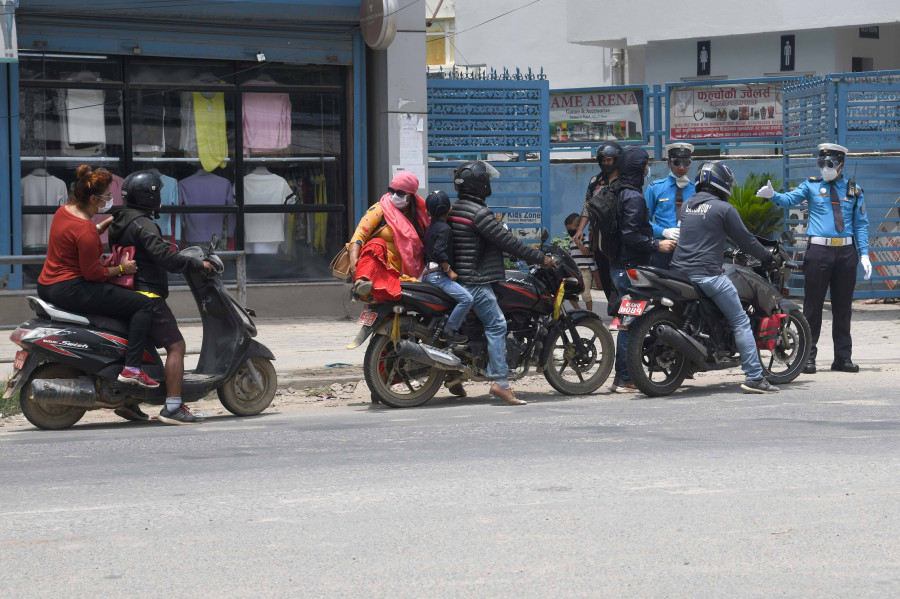 Recently, traffic police of Nepal has announced that odd and even system will be implemented for the bike as well. And two people can travel with a bike.

But again, traffic police is saying only one person can travel through the motorcycle in Nepal. This news is published in Ujjyalo

Traffic police earlier said that two people can travel in bike as people are facing difficulties. Later on, Bhim Dhakal cleared that only one people is allowed to travel with the two wheelers.

This means, odd and even system is implemented for two wheeler and only a single person can ride it.

People are against this decision of the government. From friday, odd and even system was implemented for the four wheelers private vehicles.

For further more time, public means of transportation is not allowed in Nepali road.

Read more about Yamaha XSR 155 price in Nepal with Specifications

How many people can travel on bike?

Only one person can travel on bike.

What is odd-even system?

Ho can i go out if my bike is odd number plate?

Take your friend bike with proper papers and documents.

Now You can renew your Bluebook Online

Traffic Fine Online Payment in Nepal! Here is how you can pay fine online