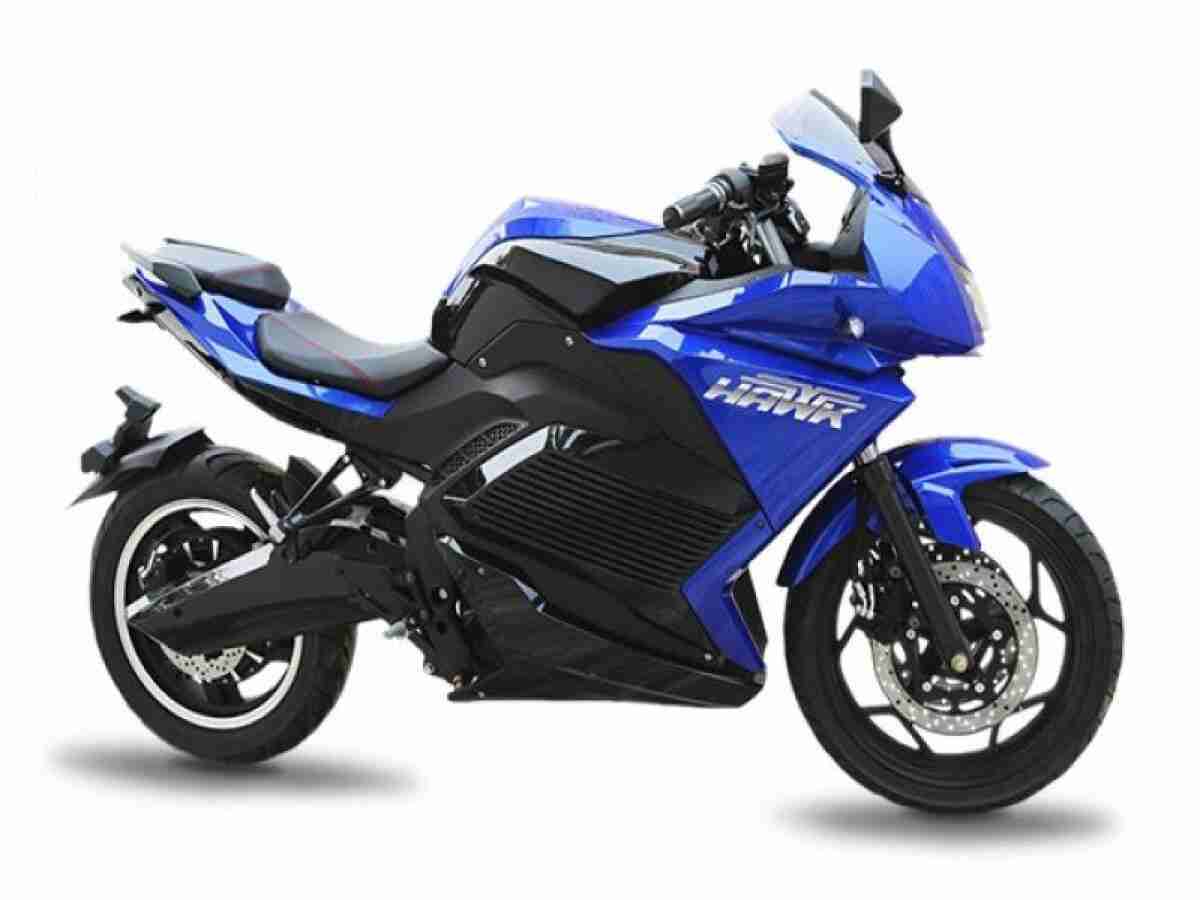 Rissala Electric Motors Private Ltd. is a new startup company in the sector of electric motors. The company has recently presented 4 new electric products in the market. Among them, 2 are electric scooters, 1 is an all-electric quad bike which is first ever product in its category. Last but not least is a electric commuter motorcycle, Evolet Hawk. The electric Evolet Hawk is expected to launch in 2020 in Nepal.

Evolet Hawk is one of the most promising product from Rissala Electric Motors. Moreover, the Evolet Hawk is the full-fared electric sport bike from the company. As mentioned, it is a sport bike with clip-on type handlers, sporting looks and a split seat setup. This sporty motorcycle features a fully digital instrument panel with a dedicated Evolet smartphone application. In addition, the smart application provides rider with useful info that includes real-time information on service reminder of the bike, over the air updates and geo-fencing, battery charge status, speed, and odometer among others.

Lets look at the specifications of the Evolet Hawk.

The electric Evolet Hawk is powered by 3 kW brush less DC electric motor. This power setup helps the motorcycle reach the top speed of 120 kph. Moreover, the company claims that Evolet Hawk can drive up to 150 km on a single charge. However, it takes up to 5 hours to charge the motorcycle fully.

The Evolet Hawk comes with a set of 17 inch alloy wheels both rear and front. In addition, both the wheels will be tubeless rubber tyre. The motorcycle features a lithium-ion battery and the brush-less DC motor is waterproof. However, the company has not revealed other mechanical details yet.

Upon release, this sport bike will directly compete with bikes like Suzuki Gixxer SF 150, Yamaha R15 V3 including other bikes. The price of the bike will be known once the bike releases. Regardless,price of Evolet Hawk in Nepal is estimated at around NRs. 4 lakhs.